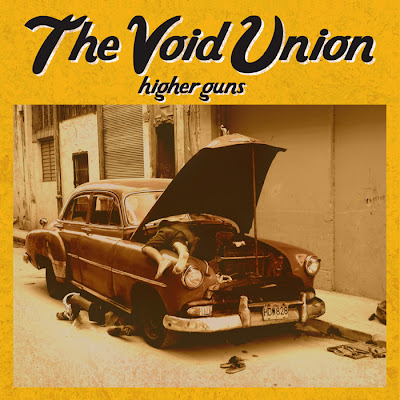 Hello to our worldwide friends and fans- We've done a terrible job of keeping you up to date. I'd say that we won't let it happen again, but... we might. Let us itemize:

1. We went to Europe in November. We were excellent, and so were the audiences- check out the video above.

We ate too much, but, we drank just enough. Of all the pleasures that were had, there was none greater than welcoming Vin Gordon (Skatalites/Wailers trombone) into the open arms of the Void Union. Only the Netherlands and Belgium were blessed with this musical treat, but, we hope to spread Vin's magic to all of the world's corners soon enough. Stay tuned for some copiously censored video footage.

2. We've been working on a record forever, but, this time its really almost finished.

This thing rules. We have guest appearances by members of the Slackers and The English Beat, Obi Fernandez and King Django, Angelo from Fishbone, and so many more. It was recorded in houses, apartments, world class studios, project studios,green rooms, rehearsal spaces and even a fucking airplane.

If you've yet to check out "Revenge Ska", the record's lead instrumental tease, than make sure you do so here.

We have no confirmed dates listed, but, that will change soon. This year we will bring the band to the Eastern US and to Western Europe. Canada stands to get a small whiff too.

Thanks for stopping by; We'll continue to give you news as it happens.

The VU leaves for Europe today! Thanks America, for all the great shows, we'll see you when we get home, and if you happen to be in Europe or know ska fans, friends and relatives, tell em to stop by and say hello- we appreciate the overseas love!

Check out the full tour schedule!
at 10:05 AM No comments: 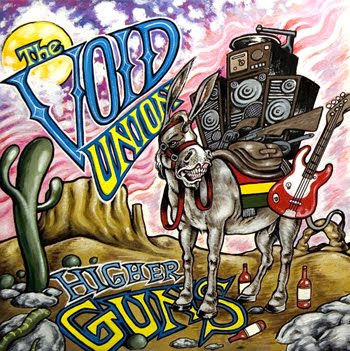 Support the cause to get VU to Europe next month! We have a tour already booked with Skatalites legend Vin Gordon, and not quite enough airfare to get us all over there... help us out by downloading our new single!

"Revenge Ska" will be featured on our upcoming record, Higher Guns, to be released on Megalith later this year. If you would like to help the cause, please make a donation of $1 or more and get an instant download of this track.

Our debut full length is also available now for $7! Hear where it all started on our self titled album featuring guest players from The Specials, Mustard Plug, Pressure Cooker, The Toasters, Reel Big Fish and more.

Thanks for listening, and thanks for your support over the years!
at 11:01 AM No comments:

The Void Union are officially on facebook! Please join us and help spread the word.
at 3:00 PM No comments: